Home Recaps & Reviews Houston… We Have A BQ!

It was a great honor to represent the Houston Marathon as an Ambassador this year. I remember seeing the call for Ambassadors on Instagram on the very last day, I was getting over being sick and had to convince a very hungry Deanna to give me a few minutes to shoot the videos they were asking all applicants to include with their applications. I then sat in my local Lazy Dog restaurant quickly editing the video on my phone to get my application in before the deadline!

I didn’t believe I was going to get selected but figured it was worth a try, and I was pleasantly surprised when I got the acceptance email a few weeks later! Being an ambassador for Houston was very fun, the people of Houston were so kind and Houston Marathon decks out its ambassador from head to toe!

My Race Strategy
Every time I step to a new marathon starting line I typically have a few tweaks to my race plan. For the Houston Marathon, I made 2 big changes over my previous races.
I took all the caffeine both before and during the race. I was very excited when Gatorade Endurance announced they were adding 2 new flavored with Caffeine to their energy gel lineup! I am sure this added a little boost and kept me from feeling run down.
I used the Go2 Device, which is a new device that utilizes a 40-year-old health care technology called PEEP (positive end-expiratory pressure) which just means it adds a small amount of resistance to the exhale. This helps increase Endurance and VO2 Max. (I will be going into more detail in another blog)

My pace strategy going into this race was originally to start with the 3:00 pace team and do my best to stick with that group through the entire race. In the past, I have taken off from my starting pace group because I was feeling good and then would slow down and the group I started with would pass me a few miles from the finish line. This time I was determined to do my best to stick with the pace group. Once I got to corral, I started warming up with one of the 3:00 and then thought it better to run with 3:05 since it was much closer to my target time of 3:08. I picked 3:08 because it is 2 minutes below my Boston Qualifying time of 3:10 and would give me a buffer and been good enough to get into this last Boston Marathon.

After running three challenging Marathons in 2019 (Los Angeles, San Francisco, and New York City) I was looking forward to Houston’s flat and fast course! I was a little concerned that week because it rained Friday and Saturday and I breathed a sigh of relief when I looked out our hotel window on race morning to see dry roads and sidewalks!

“The marathon is too far and too fickle to be tamed by your intentions.” ~Peter Bromka

No race is going to go perfectly, and you have to plan for things to go wrong. Despite the great results, Houston Marathon did not go perfectly for me. Here are 3 hurdles that I had to overcome on race day.
I didn’t anticipate the wind chill at the starting line, so I didn’t bring a throw-away sweatshirt. This probably caused me to waste some energy both physically and mentally. Not a lot I could have done about the cold gusts in the race but at the starting line and maybe the first 5k I could have been a little warmer.
At Mile 1, I hit the stop button on my Garmin instead of the lap button 🤦🏼‍♂️, I didn’t realize that I did for about 90 seconds. This made it so I couldn’t rely on my running time and had to focus on running the mile I was in at the proper pace and forced me to rely even more on my pace group than I originally intended. The only stat that was useful during the race on my Garmin was the race predictor.
Since Gatorade Endurance had just come out with their Caffeinated energy gels and subsequently sold out till it was too late to order and get them here in time, I had to purchase them at the expo and didn’t get a chance to test them in race conditions. I wasn’t too concerned about this since I had used Gatorade Endurance Gels in the New York City Marathon a few months ago. I was planning to just purchase the Lemon-Ginger gel because I always seem to prefer citrus flavors, after testing them both I ended up getting 4 Strawberry and 4 Lemon-Ginger. During the race, the sweetness of the strawberry gel did not agree with the last hotshot I took.

It is important to anticipate things going wrong, otherwise, these types of hurdles can mess with a runner mentally. Marathon will take everything you got and more, and it is absolutely vital that we have the mindset to adapt and overcome.

Results
2020 Houston Marathon was my fifth marathon but the 1st marathon in which I felt I ran the entire marathon. My first half split was 1:32:17 and my second half was 1:33:17 exactly 60-second difference. Compare this to NYC Marathon a few weeks before I had run the first half at 1:33:41 and the second half 8 minutes slower at 1:41:57.

Houston Marathon was also the first marathon that I had run that the results exceeded the VO2 Max number that I had trained with.

As I mentioned above my goal for this race was 3:08 which would have given me 2:00 minute cushion on my 3:10 qualifying time this would have been good enough to get me into the Boston Marathon 4 of the last 8 years. It is important to have a cushion if you want a legitimate shot at getting into the Boston Marathon as they open up registration to qualifiers based on how much they beat their qualifying time by, in 2020, 1:39 was the cut off time.* With my time 3:05:34, I have a 4:26 cushion which should be good enough but I will still be aiming to better my time in Napa Valley Marathon (March 1) and Mountain 2 Beach (May 24)

You can read Deanna’s blog about the trip here. 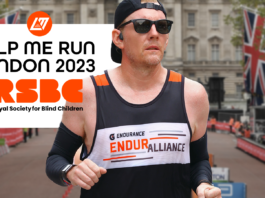 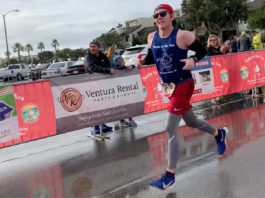 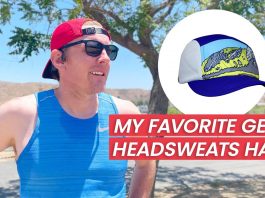